Do Armies Rely on Leaders too Much?

Note: I have been told I spell words wrong, that is because of my country. I spell disorganized disorganised, so there may be some words that aren’t spelt the american way.

Hey guys, today I will be focusing on leaders, and if people put too much pressure on them. Click that Read More button that we all know and love.

Lets put down the facts. Leaders hold the army together. Without them, the army would be a lot of disorganised troops running around. Also people rely on the leaders for everything. Someone who is a leader and can’t handle noobs will usually be like this: 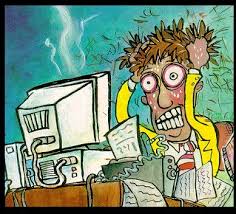 While people used to noobs will be like this. 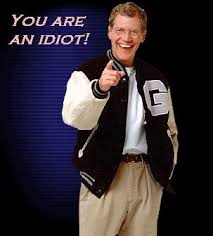 The frustrated leaders usually snap out. Quite often these are noobs, or people who have recently lost their noobship. If they get frustrated by a noon then they may reply like this. “YOU ARE SUCH A NOOB FIGURE IT OUT YOURSELF.” Then the noob will be like “Plz… Plz…..” So then the leader wants to kill the noob. Noobs also PC the leaders too often, and on main chat they will be like “_______ ANSWER MY PC PLZ.”
Another point is that without leaders of an army, the army will normally die out, unless a 2ic takes action and overthrows a leader. Even then, the army may fail. Also, people blame the failing of armies on the leaders. This is wrong, as the leaders are only part of the blame. I also blame 2ics, 3ic and the other troops. Now, I’m going to interview  people with their opinion on this.

I will be in Red

Vetsd Will be in Green

Me: Do you think people rely on leaders too much?

Vetsd: Well it depends on which army you are talking about. Most of the successful armies have relied on their leaders and that has ultimately led to their downfall, so yes I do think people rely on leaders too much.

Me: Have you ever led an army, and you have gotten frustrated by noobs, people not listening, etc.?

Me: How did you feel?

Vetsd: It is very annoying especially when veterans  don’t listen because they think they are better then you, when honestly the army would crash and burn with them leading. The noobs are also annoying but I understand their predicament.

Me: How many noobs asked you stupid questions?

Right, now I’m going for YOUR opinion! I’ve got a poll set up, and I’ll get you to comment too! Here’s the poll:

Now comment with if you think people rely on leaders too much and your reason!

I joined CP Armies around 2 1/2 years ago. I was on cp and just by chance I was in the middle of a cpac christmas tournament ! I found out about acp , iw nachos... I set up my own army called cbf and i was head of cpae - a small army news site. Ever since ive been closley involved with small/medium armies. I also invited Shimmy222- the founder of TR2G to cp armies.CPAE and cbf were hacked and broke up. Their now dead.I hoped to serve team red 2G as a loyal leader. Im the GFX guy round' here and I'm not half bad at CSS. I look forward to working with CPAE and continuing my long lived legacy of my career with club penguin armies. - Gistha2
View all posts by gιѕтнα2||¢ραє ρяєѕι∂єηт||тя2g ℓєgєη∂||¢вƒ ƒσυη∂єя →
This entry was posted in CPAE. Bookmark the permalink.

6 Responses to Do Armies Rely on Leaders too Much?